As a young boy growing up in Cambridge, President's Circle member Arthur Blackman spent summers in his family's summer home, high in a mix of upper fields and woods in New Hampshire. At night he fell asleep on a porch to the sounds of insects buzzing against the screens, the calls of Whip-poor-wills, and the sounds of the wind and rain on the roof overhead, fostering what was to become a lifetime intimacy with nature and a growing sense of wonder.

In the 1950s, Arthur and his wife Camilla moved with their family to Indian Hill Road in Groton, eventually settling in a house just below the brow of Indian Hill Ridge. At this high elevation, he was always moved by the open expanse to distant sights; Mt. Monadnock in the north, Mt. Wachusett to the west, a blinking light over Boylston to the south and once, the fireworks display in Boston Harbor on New Year's Eve. As years passed, Arthur noticed more and more lights in the woods below. This unpopulated landscape was changing before his eyes, except for one area of the woods that was always dark. This mysterious dark place became fodder for the fanciful bedtime stories he made up for his daughter every night. As former chair of the Planning Board, Arthur was acutely aware of proposed developments creeping into Groton from the east. The corporation that owned the dark area of the woods was putting that tract of land up for sale and was attracting interest. Arthur began talking at every opportunity about ways to save it.

In 1996, Arthur read in The Boston Globe that Mass. Audubon had a wildlife sanctuary within 20 minutes of every schoolchild in Massachusetts, with the exception of an area between Carlisle and Lunenburg. Excited, he thought here perhaps was a permanent solution for this vulnerable oasis. He called then-president Gerry Betand, confident that Mass. Audubon and its staff would be the right stewards for this land, having the special knowledge, expertise, and appreciation for such an important property; a landscape without roads or cellar holes, sculpted by the retreat of the Laurentide ice sheet 18,000 years ago.

After years of negotiations, these 400 acres are now protected as a Mass. Audubon wildlife sanctuary. Thanks to Arthur and his passion and determination, the woodlands, massive lichen-coated boulders, beaver ponds and vernal pools of Rocky Hill Wildlife Sanctuary in Groton can be appreciated and studied by future generations who will be able to enjoy and discover the rich natural history of this special place. 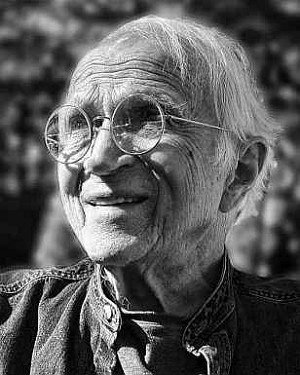