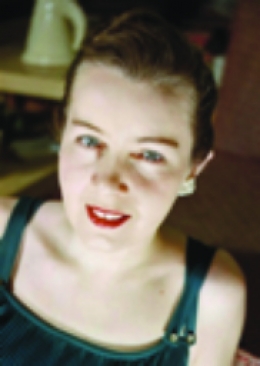 Edith Jane Doliber Pinsoneault, 87, died July 7, 2021 in Streetsboro, OH. Edie was born August 17, 1933, in Groton, to Ralph Gale and Thelma MacGregor Doliber. She graduated from Groton High School in 1951 and began working as a telephone operator in the Fort Devens area. That same year she married Robert (Bob) Edward Pinsoneault on October 17 in Pepperell. Edie and Bob lived in Fitchburg, Weymouth, and Burlington, before moving to Wadsworth, OH in 1957.
She was a dedicated homemaker to her five children while providing the therapy needed to improve her daughter Dawn's Cystic Fibrosis. She began to sew clothes and became an excellent seamstress, making a diversity of products for her family, home, and for donations to charitable organizations.
Edie also became an adventurous cook and learned international cooking from Julia Child's books and other sources when this was a growing novelty in the U.S. She took classes to improve her various homemaking skills and to learn about psychology, and for many years was a member of a housewives' growth group to promote self-and family
development.
Along with Bob, she donated time to the Medina County Cystic Fibrosis Chapter and to Dialogue Group to promote racial harmony. Edie had many long-time friends and relished spending time with them, as well as participating in activities with her husband, children, and, in her later years, her grandchildren. She continued to take pleasure in cooking and sewing. She enjoyed babysitting her grandchildren and liked to dance with them to Patsy Cline songs plus teach them to cook and sew.
Surviving are her children Keith (Gerri) Pinsoneault, Mark (Mary Pat) Pinsoneault, Terry (Kathy Kallman) Pin-
soneault, and Gail April (Jim) Hacker; grandchildren Nathan (Stacie) Pinsoneault, Robin (Matt Dobson) Pinsoneault, Anne (Ben Cunningham) Pinsoneault, Aaron Pinsoneault, and Lucas Hacker; great granddaughter Kinzi Pinsoneault; and younger brother Earl Doliber.
Her parents, husband Bob, older brother Malcolm Doliber, and daughter Dawn died previously.
Family and friends are encouraged to remember Edie in their own ways as there will be no services. She is donating her body to science to help others.