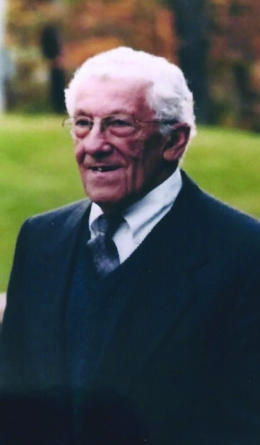 WWII Veteran Frank Scimemi passed away Sunday, May 23, 2021 peacefully at home. He was born on December 13, 1921 to Stefano Scimemi and Philomena (Dirubbo) Scimemi and was raised in Tyngsboro. Frank proudly served in the Army Air Corps in the China Burma India Theater as an airplane mechanic.
He served from 1942-1944. After returning from service, he worked at Fletcher’s Quarry in Tyngsboro as a heavy equipment mechanic.
He was married on February
2, 1948 to Louise Sylvia Carkin of Groton. They were married at the Baptist Church in Groton and were happily married for 72 years. They were avid members of the Yankee IngenuiTs Antique Car Club and enjoyed traveling with them in his 1929 Chevy Truck. He had many hobbies including gas engine shows, bowling, card playing, collecting antique engines and restoring antiques cars.
He lived a very happy and fulfilled life and will be sadly missed by his friends and family.
He was preceded in death by his brother Elliot Scimemi, son David Scimemi, grandson Nathan Foltz, and grandson Robert Peters. He is survived by his wife Louise, sister Kay Leslie, daughters Priscilla Peters-Stone, Kathy Blair, and Carole Scimemi, sons-in-law Michael Stone and Erik Blair, grandchildren Michael Peters, Stephanie Blair and Ryan Blair as well as great-grandchildren, great-great grandchildren and many nieces and nephews.
Frank Scimemi was a longtime Groton resident, WWII Veteran-US Army Air Corps. Visiting hours will be held in the McGaffigan Family Funeral Home, 37 Main St. (Rte. 113) Pepperell on Friday, May 28, 2021 from 4-7 p.m. Relatives and friends respectfully invited. A funeral service will be held in the funeral home on Saturday, May 29 at 11 a.m. Burial in Groton Cemetery, with a gathering at Christian Union Church, 37 W. Main St., West Groton to follow. Please see www.mcgaffiganfuneral.com